Sunday, November 27th, 2022
THE LATEST
Home Jets The Jets Bye-Week: Getting ready for a tough haul ahead 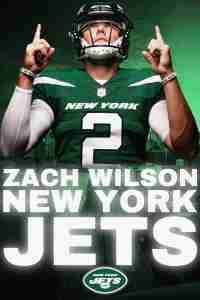 The New York Jets had the bye-week off this past Sunday and it probably couldn’t have come at a better time.  Looking at the AFC East standings, it’s still almost amazing to see the 7-3 Miami Dolphins in first place with the New York Jets at 6-3 in second place.  The supposed Super Bowl-bound Buffalo Bills took a heavy loss yesterday to the much-improved Minnesota Vikings and the New England Patriots at 5-4 also had a bye week.

While I’m not going to make any foolish, premature playoff predictions for the Jets at this point, the Green and White conceivably have a winning season in their grasp and with eight games to go, the Jets largely are in control of their own destiny for the remainder of the season. The Jets have three upcoming games where they should be the favorites and the rest of the season will bring some key matchups largely with postseason implications-if the Jets can hold on.

November 20th – New England Patriots:  The Pats got the Jets in their last meeting in a close 22-17 battle.  Both teams had their bye week this week and should be well rested for this game next Sunday.  Both teams need this divisional win; a Jets’ win would mean they’ve beaten every divisional rival at least once this season.

November 27-Chicago Bears: The Bears dropped a heartbreaker to the Detroit Lions on Sunday 31-30 with both NFC North teams fighting to break out of the cellar.  The Bears have one key weapon in Justin Fields and if the Jets’ defense can contain him, they should be able to pull off another win.

December 4th-Minnesota Vikings: This could be another marquee seasonal matchup with Vikings’ WR Justin Jefferson going up against Jets’ CB Sauce Gardner.  If you missed the Vikings-Bills game yesterday, this was literally one of the best football games on television in many years.  The Vikings just find a way to win and Kirk Cousins looks he’s found new life with this franchise.  This will be a tough game for the Jets but containing TE T.J. Hockenson and WR Justin Jefferson, along with RB Dalvin Cook are top priorities.  Jets’ QB Zach Wilson needs to have his head on a swivel looking for CB Patrick Peterson who had two key INT’s yesterday to help seal the Vikings’ win.

December 11th-Buffalo Bills: The Jets just beat the Bils and no doubt Josh Allen and Company will be looking for redemption here.  A win for the Jets will no doubt help elevate their playoff hopes but the Bills need this win to keep their own playoff hopes on the right track as well.  This could be another Josh Allen-Sauce Gardner standoff.  This game will probably be another close one and a toss-up at this point.

December 18th-Detroit Lions: The Lions came into this season full of hope and maybe even a bit of swagger.  Then the regular season started and they are again the same Lions whom fans only notice playing on Thanksgiving Day.  If the Jets stay healthy, this should be another key win for the Green and White on their way to having a winning season.  Don’t write the Lions off; teams facing oblivion yet again can be dangerous opponents and if the Lions show up trying to knock off a playoff contender, they could give the Jets a battle in this game.

December 22nd-Jacksonville Jaguars: Read the above comments and just substitute Lions for Jaguars.  There are always upsets and now the Jets have to watch up for teams trying to upset them.  However, if the Jets take care of business, this should be another game to add in the “W” column.

January 1st-Seattle Seahawks: The Seahawks are 6-4 right now and it all depends on which version of this team shows up for their New Year’s Day game.  This game could be a must-win for both teams which will no doubt add to the drama and relevancy of this matchup.  This game goes again as a toss-up.

January 8th-Miami Dolphins: Could this game actually decide who wins the AFC East?  If you look at the standings right now, the Dolphins are in first place with the Jets right behind them.  The Jets beat the Dolphins 40-17 earlier this season but that was against an injury-plagued Dolphins’ team.  Again, if these two teams stay healthy and on track what they’ve done in the first half of the season, this game could have playoff implications at stake.  If both teams start to fade quickly, this game could be as much about having a winning record as it’s about making the postseason.