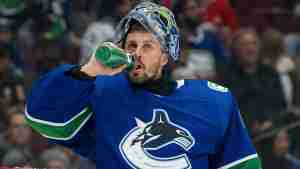 When you’re part of a team that has the arguably best goalie in the National Hockey League, who really cares about the backup goalie, right?  After all, the Rangers have none other than 2022 Vezina Trophy winner Igor Shesterkin defending the crease on a nightly basis for the Blueshirts.  However, if you are anything more than a casual follower of hockey or any major sports for that matter, you know that position backups are critical for the longevity and success of sports franchises.

To be real, goalie Jaroslav Halak is the quintessential journeyman hockey player found throughout NHL team rosters.  You know whom I’m referring to: the player who bounces around from team to team every season or two and never calls a place home for long.  Well, in this instance, Jaroslav Halak truly fits the description of a journeyman.  Another part of the definition of journeyman is someone who is experienced and has knowledge of their profession and for Halak, 16 seasons in the NHL would certainly fit the bill as someone with knowledge and experience in hockey goaltending.

Halak has spent an entire career wandering from team to team and certainly has a collection of NHL sweaters with his name on the back.  Halak was originally drafted in the ninth round of the 2003 NHL draft by the Montreal Canadiens and at one time actually earned the starting goalie role from the great Carey Price.  Halak has bounced around from team to team since the early days in Montreal and played for St. Louis, Washington, New York Islanders, Boston and Vancouver as stopovers en route to his current destination with the Rangers.  In terms of experience, Halak bolsters experience between the pipes with an overall 285-18-4 record, a 2.49 goals-against average and a .916 save percentage.

Accolades have come Halak’s way in the past including earning part of the William M. Jennings Trophy to the goaltending unit with the fewest goals against them while with the Blues in 2011-12 and the Bruins in 2019-20.  Halak also earned an All-Star nod back in 2015 while playing for the Islanders.  One of Halak’s strongest statistic is his 39 postseason game appearances which should prove to be vital as the Rangers eye another run all the way to the Stanley Cup finals in 2022-23.

In an fairness to gor Shesterkin, Jaroslav Halak was signed by the Rangers one a one year contract solely to be in the backup role and poses no real threat to take the starting netminder role away from Shesterkin. Halak’s experience and confidence to come in from time to time and give Shesterkin a night off will give one goalie a needed break now and then and keep Halak sharper should his services be needed on a longer basis.

Jaroslav Halak is now 37 years old and the Rangers may be his last stop on his NHL journeyman tour.  If that’s the case, let us hope that his final stop will pay dividends quickly and consistently for a franchise that has its sights on raising a big silver trophy at the end of this coming season.