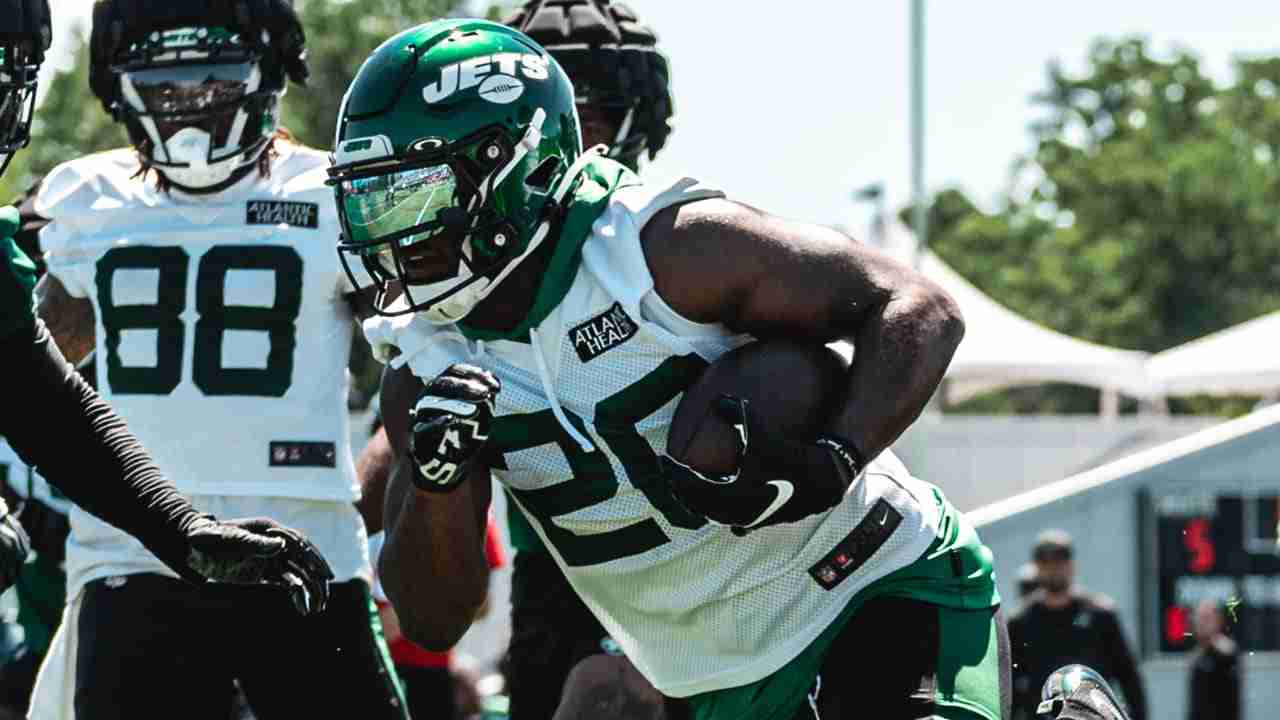 The Jets summer training camp is now two weeks old and fans are beginning to wonder how the Gang Green will really be come time to face an actual opponent this upcoming season.  Well, fans, you only have to wait until this Friday night when the Jets square off against the Philadelphia Eagles in their first of three preseason games before September.  Mind you, these are preseason games and don’t expect fireworks from returning starters or new rookies and trade acquisitions.  What head coach Robert Saleh is looking for is progress from last season’s 4-13 record and of course the fight for spots on the final Jets roster will be spotlighted during these preseason games.

How are the 2022 Jets two weeks into training camp?

The first major test for the Jets happened this past weekend with the annual Green & White practice scrimmage.  While this is essentially an intra-squad scrimmage, glimpses of what to expect this season were available to fans.  Going into his sophomore NFL season, QB Zach Wilson did look more decisive and confident and the additional experience gained in training camp should translate to Wilson being a more solid play caller this season.  The WR corps looks to be on fire quickly with Elijah Moore, Braxton Berrios and Corey Davis all vying to become Zach Wilson’s favorite target this season.  Fellow WR Denzel Mims is still fighting for playing time and whether or not he can make an impact to earn more playing time or even remain a Jet will be determined-very soon.  Rookie WR Garrett Wilson has already made his name known and looks to stay in the hunt for reps during the remainder of training camp.  In addition, Berrios remains the go-to punt and kickoff returner for the Jets going into the regular season.

The Jets defensive line also has made strides at the two week mark in training camp and a unit that gave up 84 points in the last two minutes of games during the 2021 season will have to find a way to make critical stops in order to be more competitive in 2022.  With DE/Edge rusher Carl Lawson healthy again, the Jets desperately need to work on their pass rushing this training camp and after some sluggishness during the Green & White scrimmage the DL did come alive.  With four separate DL units, the Jets are looking at the possibility of creating “line shifts” just like hockey teams use and whether Robert Saleh actually moves forth with that concept, keeping fresh legs in the game on the defensive line could pay dividends in the fourth quarter of contested games this season.

Although not as exciting as a quarterback competition, the Jets do have a competition heating up in training camp for the starting kicking spot this season.  If you remember anything from the Jets 2021, you will undoubtedly remember the circus-like revolving door at the kicking spot on the Jets special teams.  K Eddie Pineiro was re-signed by the Jets this past spring but Joe Douglas went out and inked a contract with former Cowboys kicker Greg Zuerlein as well.  If nothing else, Zuerlein provides plenty of competition for Pineiro and the two kickers will push each other until the end of training camp.  The Jets obviously do not want a repeat of last season when each game seemed to usher in a guest kicker of the week.