I started writing Giants blogs right around a year ago.  The first one I ever wrote was regarding the Giants uniforms.  The news of the Saints adding a new black helmet and the Eagles changing part of their logo (disgusting by the way) inspired me to write this blog again.  I have long thought that the Giants need a change in the uniform department, and I will now make this an annual blog until the Giants change to a look I see fit, or the majority of the fan base see’s fit.  So, for the second year in a row, I will lay out my ideal Giants uniforms.

I’ll give it to the Giants, they did try to tweak the uniforms last year.  They added white pants to the away uniforms with a red stripe down the side.  Those were….ok.  Honestly I might even prefer the grey pants to those.  But the away uniforms aren’t hard to figure out, and that’s because from 2000-2004, the Giants had the BEST uniforms in franchise history.  Recently somebody made a Kadarius Toney edit in these uniforms, and the edit speaks for itself: 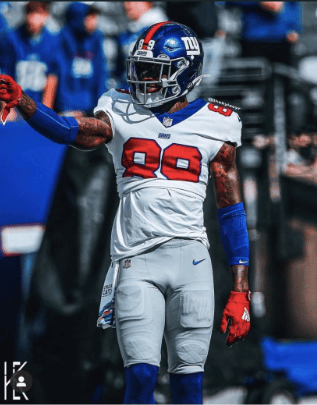 If you don’t know the uniforms I’m talking about from that edit, the picture from the title of this blog are them.  I absolutely loveeeee these uniforms and I have no idea why the Giants got rid of them.  Now, we had a lot of good times in the current away uniforms including 2 Super Bowl championships, but we have also had a lot of bad times in them as of late.  I think the time for a change is way overdue.  Despite my desire for a change on the road uni’s, I don’t think you need to change the home uniforms.  I think the basic blue and white numbers is the perfect example of how simple is sometimes the best option.  I’m fine with the white pants, but even if they went back to the grey pants to match my preferred away uniforms than that’s ok too.  Before people jump down my throat about how the color rush uniforms should be the away uniforms, I have that covered too.

I, like everyone else, love our current color rush uniforms and by no means want to get rid of them. That’s why I want to make them an alternate throwback uniform, and duplicate them in blue. 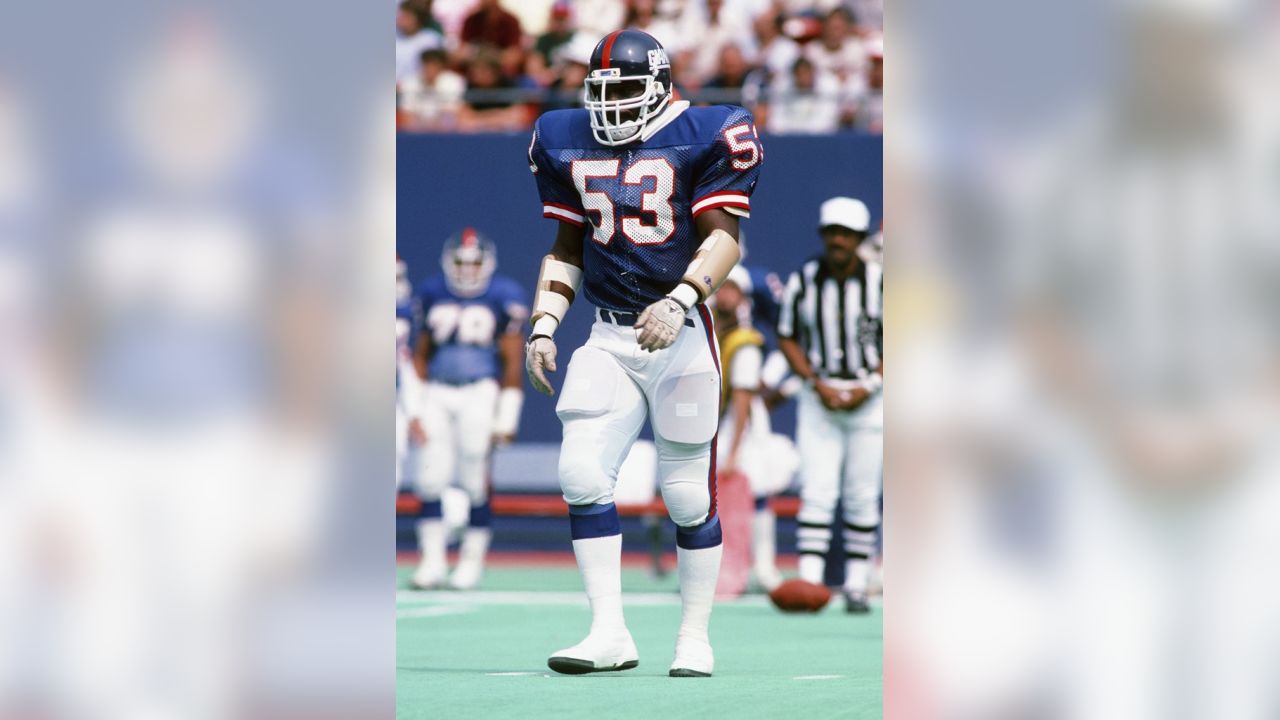 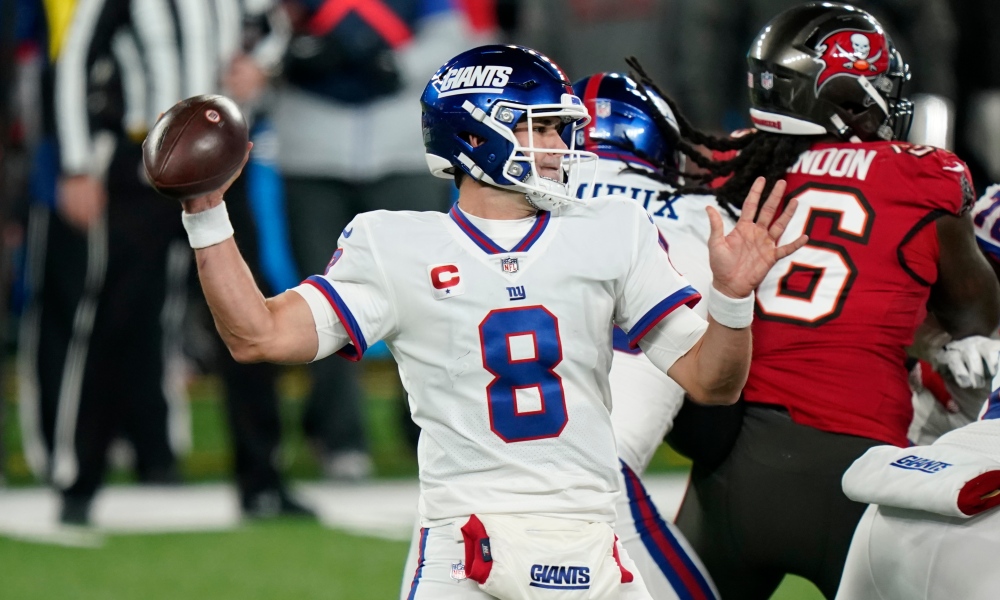 That way, 2 times a year the Giants can rock their classic 1980’s looks both at home and on the road. I know some people are adamant about bringing the classic look back full time, but I love the NY on the helmet too much to let it go permanently.  If anyone thinks these changes would give the Giants too many looks, I suggest they go take a look at the Chargers uniform catalogue because they can pretty much wear a different combination of jersey’s and pants every week and get away with it.

It’s time for the Giants to update their look, and their look doesn’t even have to be a brand new one. Keep the home uni’s, bring back the 2000-2004 away’s, and add a blue color rush to the current white color rush to have a throwback look.  Those 4 uniforms should make the majority of the fan base happy and it will make the boys in blue look a hell of a lot better on the field.

It’s like the great Matthew McConaughey once said, “Sometimes you gotta go back, to actually move forward.”

The Giants are Getting Back Reinforcements at the Perfect Time