Sorry, I couldn’t resist titling this article that way but tiny St. Peter’s University in Jersey City, NJ has earned  their way into the Sweet 16 round of the NCAA men’s basketball tournament and they are the feel-good story right now in college sports.  Yes, the juggernauts of Duke, North Carolina, Gonzaga, Arizona, and UCLA are still around fighting for advancement but the little engine that could – aka the St. Peter’s Peacocks, are in it to win it all.

In a proverbial David vs. Goliath story, St. Peter’s vanquished perennial powerhouse Kentucky first then moved on to finish off the Murray State Racers to land in an almost-improbable spot in the Sweet 16.  College basketball is different in this sense than its football counterpart because nobody would expect such a massive upset of say Alabama or any other major FBS program by a smaller school.  Let’s face it, the beginning of each college football season pits an FCS team against a big-time FBS team where the final scores are in the range of 60-7 with the games over by the middle of the first quarter.  In college basketball, Cinderella teams (Loyola-Chicago, anyone??) can move up and one and take down the mighty Kentucky’s or any other major college hoops program on any given day.

St. Peter’s faces Purdue today in the Sweet 16 and for a change the Los Angeles Times actually has the Peacocks as the favorite going into the game.  St. Peter’s head coach Shaheen Holloway is fast becoming a household name for hoops fans and it will be very interesting to see if he doesn’t get multiple coaching offers after this tournament is over.  The Peacocks are 11th nationally in points allowed per possession and no doubt will give the Purdue Boilermakers everything they got.  Even more important for this small university, what they lack in study-body size, they are making up for it with heart and this basketball program and this school are now on the national sports map.

A tale of two Nicos. Why the Devils need both in the lineup if want to keep winning.

As of late, the New Jersey Devils have found themselves in a bit of a groove going 3-1 in … 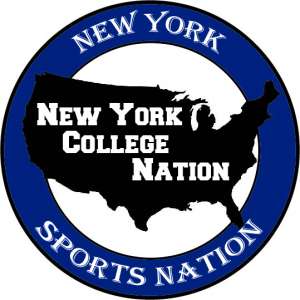