Sunday, January 29th, 2023
THE LATEST
Home Giants NFL and the UK – a Match Made in Heaven

Football is America’s sport. They’re the best in the world at it. Granted, almost every other country doesn’t play it, hence why it is referred to as ‘American Football’ across the globe as a way of separating it from the more widely followed sport, soccer.

In Britain, soccer is, and will always be the most lucrative sport in the nation, with more than 7,000 professional and amateur teams, which is truly remarkable for a country the same size as Florida.

However, the love affair between Brits and football (American, and from here on out, I will call American football, football) goes back almost 40 years. In 1982, for the first time, British TV began to show NFL highlights, with four million people tuning in to watch Super Bowl XX between the New England Patriots and the Chicago Bears. Fast forward four years to 1986, the NFL broke ground on UK soil when the Dallas Cowboys and the Bears played at Wembley Stadium, Britain’s premiere sporting arena in the heart of the country, London. You may or may not know, but the game was part of the newly designed ‘American Bowl’, a glorified pre-season friendly, but still an invaluable opportunity to fans in Britain to get a glimpse of some of the superstars they only ever expected to see on their 16-inch television screen.

Not all of the American Bowl games were in the UK, rather all around the world, with London playing a major role, however cities such as Tokyo, Barcelona, Sydney and Mexico City among those treated to some live NFL action. Despite a mammoth 40 games over the 19 years the initiative ran until it ends in 2005, the New York Giants participated just once, a 28-20 win over the San Diego Chargers. However, the game was not in England, but in Berlin, Germany.

The end of the American Bowl was a great loss, but the whispers going around town was that after an unmitigated amount of success in the UK, bigger and better things were in the pipeline for British fans. The birth of the NFL International Series was announced shortly after the end of the pre-season competition, in which regular season games would be played every season in London, a sensational win for British fans and their passion for the game.

To many people, especially those of the younger generation, 2007 was the most significant launchpad of American Football and the NFL for Brits. Two teams stepped out at Wembley Stadium to compete for a valuable W to take back to the States, and from that game, the two sides involved became the most supported franchises in the nation. The Miami Dolphins and the New York Giants locked horns in front of over 81,000 fans, with Big Blue locking up the win 13-10 after taking a 13 point first half lead, holding on to the win despite the Fins’ comeback after the interval. 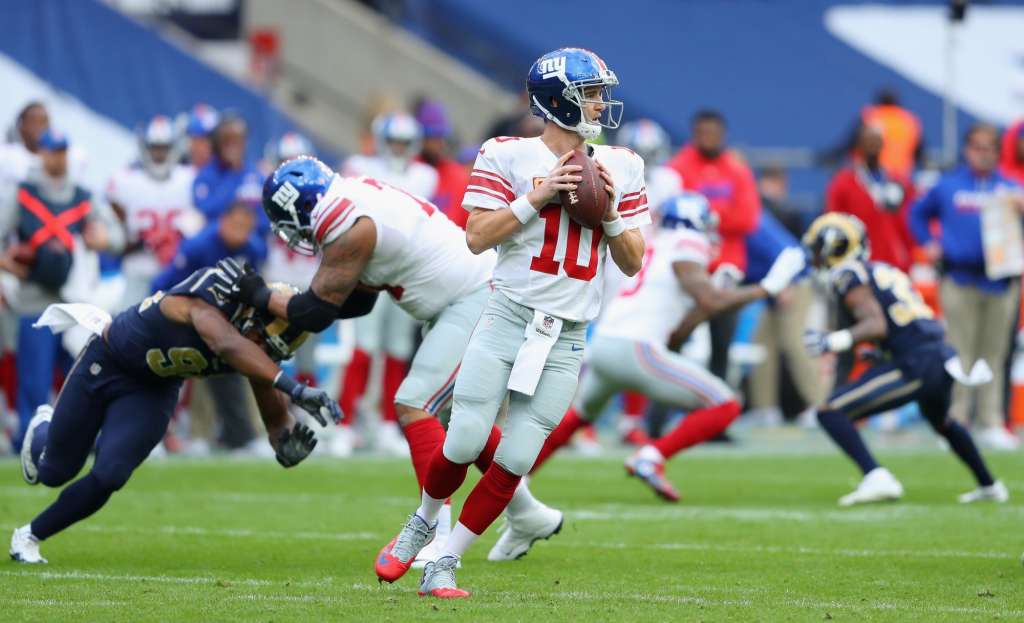 According to yougov.co.uk, the Miami Dolphins are the most well-supported team in Great Britain, followed by a tie between the New York Giants and the Chicago Bears. The game was historic and is undoubtedly the reason why the Giants have such a huge following across the pond, however unfortunately for fans of the G-men, it took a whole nine years for them to return against the LA Rams in 2016. In what became easily the best regular season since 2008, the Giants finished 11-5, and at Twickenham Stadium in London (which is primarily used for the English sport Rugby), they came from 10-0 down in the first quarter to score 17 unanswered points. Defensive back’s Dominique Rodgers-Cromartie and Landon Collins both snagged two interceptions each, with Collins returning one of his for a touchdown, while Rashad Jennings ran in the winning score in quarter four, in a game where both Eli Manning and Case Keenum failed to register a single throwing touchdown (although Keenum did throw a dismal four INT’s compared to Manning’s 0).

This year, eight teams will head to Britain as part of the regular season NFL London Series; Oakland Raiders, Jacksonville Jaguars, Houston Texans, Tampa Bay Buccaneers, Carolina Panthers, Chicago Bears, Cincinnati Bengals, and Super Bowl LIII runners up, LA Rams. Despite the Giants and the Dolphins being part of the new wave of British fans to jump on to the scene in 2007, it’s now time for the rise of the UK Jags to take center stage. The Jacksonville Jaguars have had a long-standing affiliation with fans in Britain since 2013, and have played in London every year for seven years when November 2019 rolls around.

Shahid Khan, the owner of the Jags also owns English Premier League soccer team Fulham (who are actually no longer in the Premier League after being relegated this season), who are based in West London. It seems that Khan had long wanted to tap into a market that had previously only seen glimpses of affection from NFL teams during their fleeting trips to the country, with Jacksonville very much staking their claim by partnering up with a number of different travel, mobile, and food organizations teaming up with the NFC Southside. The Jags have their own UK division for keeping the partnership close called ‘Jaguars UK’, and they annually host a mini-park festival in London ahead of NFL Draft night, featuring different Jags players in person. 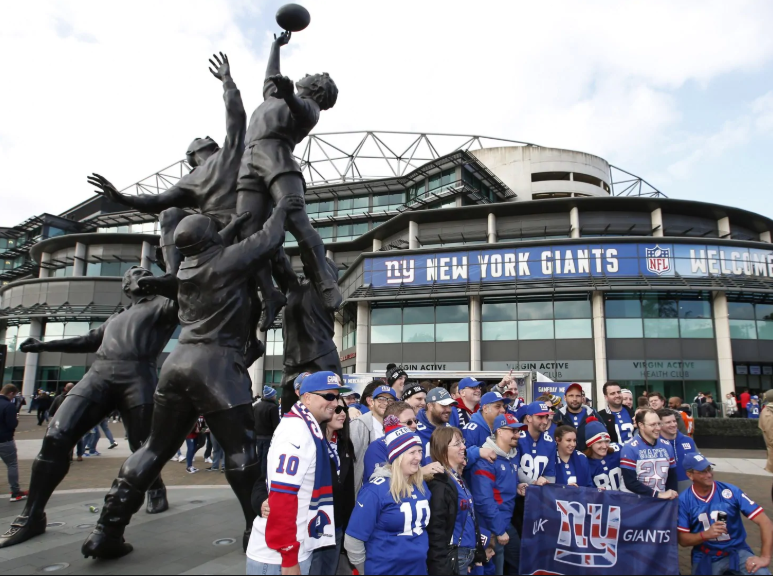 Has this bold move deterred other teams from holding closer relationships with UK fans? I believe so. However the NFL as a whole continues to thrive here, with not only three to four games annually, but at least four games per week being broadcast live on Sky Sports TV (as well as real-time footage around the grounds through Red Zone). In addition, NFL UK Live has also proved extremely popular, with players such as Kirk Cousins, Odell Beckham Jr, Ryan Fitzpatrick, and Mohammed Sanu all taking part in live talk shows in front of a packed house of British fans. With most of the events taking place in London, the NFL has gone as far as hitting the road and taking guests all over the UK, including Manchester, Cardiff (Wales) and Edinburgh (Scotland). In April, I had the opportunity to watch one in my home city of Newcastle, sitting in awe as I got to enjoy not one, not two, not even three, but FOUR SUPER BOWL WINNERS.

Michael ‘The Playmaker’ Irvin (3x Dallas Cowboys), Wille McGinest (2x New England Patriots), Kirk Cousins (1X St Louis Rams) and Cliff Avril (1x Seattle Seahawks) entertained fans for hours with tremendous stories, anecdotes, and interactive games, with the ticket price being, yes, get this: £7 ($10). Out of that £7, £6 went to a charity called Sport Relief in the UK, making the event even more worthwhile, with the addition of prizes being handed out left, right and center in the form of NFL team merch.

That rounds off a little look inside how football, a sport made famous almost exclusively in the USA is now breathing fine and well over the water here in Britain. Will there be an NFL team based in the UK one day? I doubt it, logistically, but it’s a nice pipe dream.

The next big thing for the British football link is to host a Super Bowl in London, which in the foreseeable future can definitely see happening. With the Giants taking part? Ask Daniel Jones.