Entering Sunday afternoon, NYCFC were in last place in the eastern conference, had a grand total of zero wins on the year, and frustration was at an all-time high on and off the pitch.

While there is still a long way to go to turn things around, City finally got off the skid with two victories in a four day stretch against DC United and then once again Wednesday night with a win over the Chicago Fire, giving up zero goals in both games.  With a different formation and a relatively healthy squad going forward, City has already found themselves back in a playoff spot, time will tell if this rise is short-lived or if they can build on this further and rise to the top of the table.

Easter Sunday brought NYCFC their first win of 2019 when they defeated DC United 2-0 in an impressive road victory against the first place team in the East.  Domenec Torrent debuted a new tactical formation, a 3-5-2 which consisted of Alexander Callens, Maxime Chanot, and James Sands as a three-man back line with Ronald Matarrita and Anton Tinnerholm each playing higher up the fields as wing-backs, giving the attack more width and pushing the play forward.

Meanwhile, the new attacking additions, Héber, and Alexandru Mitriță played together up front while the usual suspects of Alexander Ring, Ebenezer Ofori, and Maxi Moralez man their spots in the midfield.  This new formation proved to be very successful as City outplayed and outclassed DC United in their most impressive outing of the season.

It was Héber’s first start as a Pigeon and he delivered providing an assist on Mitriță’s left-footed finish in the first half and then scored his first City goal in impressive fashion, a very sweet half volley from a curling pass from Matarrita that soared over the DC back line.  It was a quality finish becoming of a Brazilian striker, and Héber’s addition to the boys in blue has and will be very important to any success NYCFC has going forward.  At Yankee Stadium on Wednesday, Héber was a key piece in the only goal of the match when he was sprung by a beautiful pass on the counter from Moralez and found himself in space and with a battalion of City attackers raining down on the DC United goal when Héber provided the cross that ended in the back of the net coming off the foot of a sliding Taty Castellanos.  It was Castellanos’s second goal of the campaign and Héber’s second assist in as many games and that was that in the Bronx.

City struggled against the Fire but still managed to get out of dodge with all three points in a solid team effort.  It’s clear how big of a loss Maxi Moralez was as since he came back the offense has looked much more cohesive which resembles something of an attacking front, where that wasn’t the case in his absence.  The one thing Moralez isn’t great at is finishing and this was made evident both in Washington D.C. and in the Bronx.  Moralez took a penalty kick in the DC match after he provided a lovely through pass to Anton Tinnerholm who made an excellent run until he was hacked down by DC defender Leonardo Jara in the box.

Moralez stepped up to the spot with a chance at the time to double the lead to two, but his penalty kick was less than inspiring as it floated right into the outside of the right post and out of play.  Moralez also hit the post again on a chance in the second half, and finally on Wednesday in the 90th minute, Moralez was thrown to the ground by Fire midfielder and German legend Bastian Schweignsteiger in the box and once again took his place and this time his attempt was on target, unfortunately Fire goalkeeper David Ousted guessed correctly and ousted Moralez’s penalty.

It’s clear going forward that Moralez shouldn’t be the penalty man anymore, especially with clear cut forwards like Héber and Mitriță at the helm now.  Moralez is a great player and he’ll flourish providing service for both attackers while he sits behind them at the top of the midfield, but he isn’t a finisher.

Mitriță missed the match against the Fire with a very minor ankle knock and with the time frame of the match it made sense for him to sit and hopefully he will be fit to play this Saturday afternoon as City takes on Orlando City in the Bronx where both teams are tied with 11 points on the season. City will be without left-back Matarrita however as in the 30th minute he had to be subbed off after pulling up lame with an apparent calf injury.  Reports after the match stated that Matarrita didn’t think the injury was major, but he has a long history of injuries and taking more time than expected to return, so it will most likely be a little while before he comes back.  Luckily Ben Sweat is a qualified left back in his own right and can step into Matarrita’s place in a pinch.

As bad of a start it was for NYCFC, these past two victories have been massive for their campaign and it must continue this weekend against Orlando, in their last home match until early June for the boys in blue.  Yankee Stadium has been a narrow fortress in the past few years for City and they finally returned to their winning ways in the Bronx.

For the first time in months, there is finally a semblance of hope and optimism around the club, but there is still plenty of room for improvement, specifically set piece defending.  But with a restrengthened squad where players are in their natural positions, and more chemistry all around, the sky is the limit for the boys in blue.

Red Bulls Fall to NYCFC, 1-0, After Lackluster Second Half

The New York Red Bulls’ looked unsure of themselves on Sunday night. Against rival New Yor… 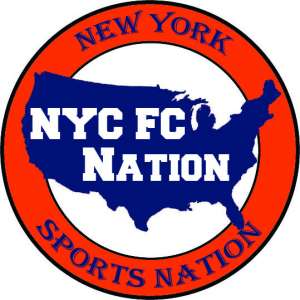