Opening day is today, as the baseball world is brought to the forefront. With the season beginning, let’s make some overall predictions for the division races.

I believe the Mets added enough quality pieces across their roster, with all-stars such as Jed Lowrie, Wilson Ramos, Robinson Canó, Edwin Díaz, and Jeurys Familia, and depth pieces with J.D. Davis, Keon Broxton, Adeiny Hechaveria, Rene Rivera, and Luis Avilan. Pete Alonso has made the team from the start, and if he is the player the Mets expect him to be, this can change the offenses expectations completely.

The Nationals lost out on Bryce Harper but gained some valuable pieces with Patrick Corbin, Yan Gomes, Trever Rosenthal, and Brian Dozier. Their team is balanced in all aspects and will be vying to be the team on paper that provides results.

The Phillies indeed won the offseason with acquiring Bryce Haper, J.T. Realmuto, David Robertson, Jean Segura, and Andrew McCutchen, but will that bring them to division winners? I’m saying no, due to the lack of rotation depth that the Mets and Nationals have. Craig Kimbrel and Dallas Keuchel are still available and if the Phillies continue to spend “stupid money’ this could change this prediction.

The Braves won the division last year and have signed Josh Donaldson this offseason, but overall they are the team due for the most regression due to their youth and lack of starting and bullpen pieces.

The Marlins are certainly not in the position to leave the division cellar, but they do have some intriguing young players being developed with Lewis Brinson, Sandy Alcantara, and Trevor Richards. They acquired some veterans, such as Neil Walker, and Curtis Granderson that will serve as significant mentors to a young team.

The Brewers offense and bullpen are some of the best in the league. With the resigning of Mike Moustakas and additions of Yasmani Grandal and Alex Claudio, the Brewers are set to keep the Cubs and Cardinals off the top of the division.

The Cubs have had a quiet offseason, with only notable signing being Brad Brach, a relief pitcher. The Cubs are a balanced team, but the team doesn’t seem like the powerhouse it once was.

The Cardinals made a big splash by trading and signing to an extension power first baseman Paul Goldschmidt and signing Andrew Miller. The Cardinals will be better than last year, but still, lack the pitching to overtake the Cubs and Brewers.

The Reds gave their fans something to be excited about with trading for Yasiel Puig, Matt Kemp, and Alex Wood from the Dodgers. They also acquired Sony Gray, Tanner Roark, and Derek Dietrich. They will be a whole of a lot better and be an exciting product to watch with their offense, but they lack the pitching necessities to be a real threat to the division.

The Pirates have some youth on their team with Josh Bell, Adam Fraizer, and some quality pitchers with Jamison Tallion and Chris Archer, but the team lacks overall balance to be a contender.

The Dodgers remain a powerhouse and have gained players such as A.J. Pollock, Joe Kelly, and Russell Martin to add to an already impressive roster. The Dodgers have made it to the world series the past two years and expect them to remain an N.L. Powerhouse.

The Rockies are a solid team, with some quality pitching with Kyle Freeland and Jon Gray as well as a dynamic offense. This team could overtake the Dodgers if their pitching can further develop. Look at this squad being a wild card team this season.
3. Diamondbacks

The Diamondbacks have taken a step back with the losses of A.J. Pollock and Paul Goldschmidt, but still, have some quality players on their team. Their team should be a winning club, but won’t threaten for a playoff spot.

The Padres made a splash by signing mega-star Manny Machado, and Fernando Tatis Jr. made the team outright. This team is young and will be exciting to watch, and I think they will surprise some teams with how difficult they will be to play.

The Giants roster is full of average baseball players, none of them with high ceilings. Expect this team to be bad and uninspiring.

The Yankees again added to their effective bullpen with bringing back Zack Britton and Signing Adam Ottavino. They also made a significant trade to bring in James Paxton from Seattle and resigned J.A. Happ. This team is a powerhouse and is a complete team compared to their division rival Red Sox.

The Red Sox have an impressive core of young superstars and great pitching staff. Where this team is lacking compared to the Yankees is their bullpen. Look at this to be their kryptonite this season.

The Rays surprised everyone last year with a 90-win season. Thei Rays offseason was highlighted by signing Charlie Morton. This team always finds new and exciting ways to win games, and look for them to be a pesky team in the A.L.

The Blue Jays fans are salivating on seeing Vlad Gurrero Jr. in the Majors, but unfortunately for them, I think this is the only excitement this season will bring for the Jays in a tough division. 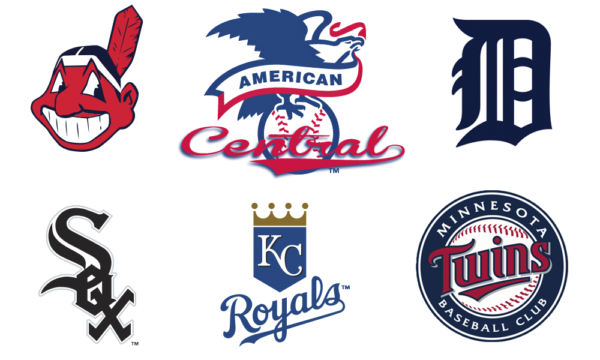 In a division so weak as the AL Central, the Indians are set to be the division winners again. They acquired old pal Carlos Santana and have signed Carlos Gonzalez to back up their electric pitching staff.

Give the Twins credit; they consistently seem to add quality players in the offseason. This year they signed slugger Nelson Cruz, utility stud Marwin Gonzalez, and second baseman Jonathan Schoop. They could be a sneaky wildcard pick for this season, especially playing such poor teams like the Royals and Tigers 19 times a season.

The Whitesox won’t be a playoff team but have some fun younger players to watch such as Eloy Jimenz, Michal Kopech, and Yoan Moncada.

The 2015 world series still haunts me to this day. Therefore I have nothing positive to say about this mediocre Royals team, besides the enjoyment fans will get out of Whit Merryfield and Billy Hamilton stealing bases.

The Tigers are in a deep rebuild, with some big contracts still stuck on the team.

Astros are a powerhouse with so much quality throughout the entire roster. Bregman, Correa, Altuve, and Springer could all be MVP Candidates, and their pitching staff is deep. Expect this team to go far in the postseason.

The Angels will have the best player in baseball for 12 more years, its time to win some games with him now. Their offense is solid, but they will need some guys to pitch better than their expectations to make a real run.

The Athletics surprised everyone last year with a great season. I don’t think they can repeat last years performance. Matt Chapman highlights will be something to watch for though.

Rangers are in the midst of a rebuild, have some interesting veterans on the team to watch. Don’t expect them to be a real threat in the division.