As a fan on the tank, watching the Devils win some of these last games makes me cringe and get even more nervous for the Draft Lottery.

Getting back to the interview series, I spoke with Erik (@NJDArmy82) and asked him a few questions…

Q: Who is your favorite player on the current roster? Why?

A: Erik – “My favorite player is Taylor Hall because he’s an elite player and makes a true difference every night. Can never go wrong having an electric player like that.”

A: Erik – “I believe Hynes is a great coach but he is a young coach and has a lot to learn still. That being said I’m happy he’s been extended. Would like a new coach for the defense though!”

Q: People give General Manager Ray Shero a lot of grief, do you think it’s deserved? Do you think he does a good job?

A: Erik – “Put it this way, the Devils would not be anywhere close to this point in the rebuild if Shero wasn’t the GM. He has done great things so far. Great trades, hasn’t made stupid signings or overpaid for free agents at all, which many teams do and it comes back to haunt them. Shero also does a great job drafting players.” 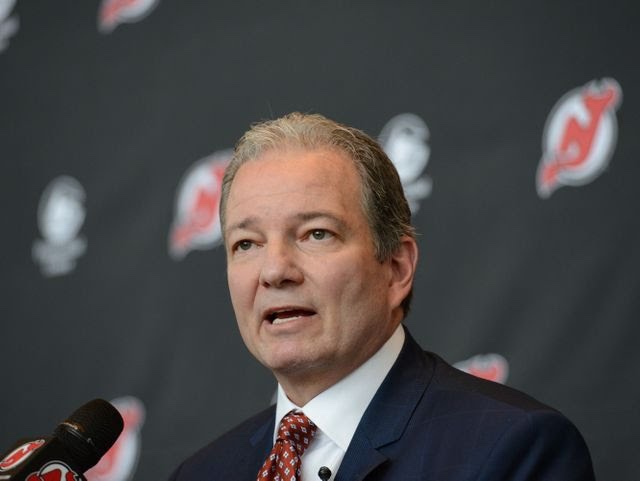 Q: Which plauer on the current roster would you trade now if you could? Why?

A: Erik – “That’s tough, but I think I’d realistically trade Pavel Zacha even though I like him. I think we have prospects who can fill his role as well as the fact he has some value. There are other guys I would like to trade but don’t have as much value like Drew Stafford or Stefan Noesen.”

Q: Do you think Taylor Hall will re-sign with the Devils? Why?

A: Erik – “Taylor Hall should resign and I think he will. He loves it here, loves the fans, him and Nico love playing together but this offseason will have a huge impact on his chances of resigning. But I do think Hall is committed to this team.”

A: Erik – “They are both great, but man I love Kakko. He’s just so good in space and with or without the puck. Either of them are going to be awesome NHL players but Hughes size does worry me honestly. But the NHL is a faster game now and Hughes definitely has that speed. I give Kakko the edge because he’s stronger.”

Thanks Erik for taking the time to answer some questions! Stay tuned for next week for a new set of questions and a new interviewee!