Now that the trade deadline is over, we’ll get a pretty good look at what the Devils roster could look like next season.

This trade season the Devils lost Brian Boyle, Ben Lovejoy, Keith Kinkaid and Marcus Johansson. All four of those moves play a big part in the off-season to-do list. Let’s pick up where I left off last week.

One of the most important pieces to a franchise is its developmental programs whether it be the AHL or the ECHL. Although not seen often, when an organization can get the NHL team and AHL team to play the same style of Hockey, it can help make the AHL to NHL transition easy.

All season long I’ve had my eye on three players within our farm system. Michael McLeod, Nathan Bastian and Marian Studenic. As I’ve said before you need the right players to have a successful team. I feel these three, are the right players. McLeod 31 points, Bastian 23 points and Studenic 26 points most likely wont lead New Jersey in total points, however they’ll be able to add goals and assists when needed.

In order to see these players, New Jersey has to stop with the one-year signings of veteran players. Its not bad to have one or two on the roster, but don’t look to field a team from it. You have to give the kids a look, especially if you want them to stay.

In a trade with the Dallas Stars, Jersey gained 24-year-old defenseman Connor Carrick. I’m not going to lie I had to read up on Connor Carrick when the deal was announced. He seems like a solid young defenseman, and by the look of his play last night he seemed to fit in well recording 2 assists. If the Devils make him a part of next seasons roster, he could add some depth. Ty Smith is another name to look for.

If he has a training camp anything like he did this season, give the kid a spot. His numbers which I’ve mentioned in past articles show his worth. Egor Yakovlev is another player I’d like to see on the roster, but I’m not sure he’s going to stay if the Devils can’t promise him a spot. 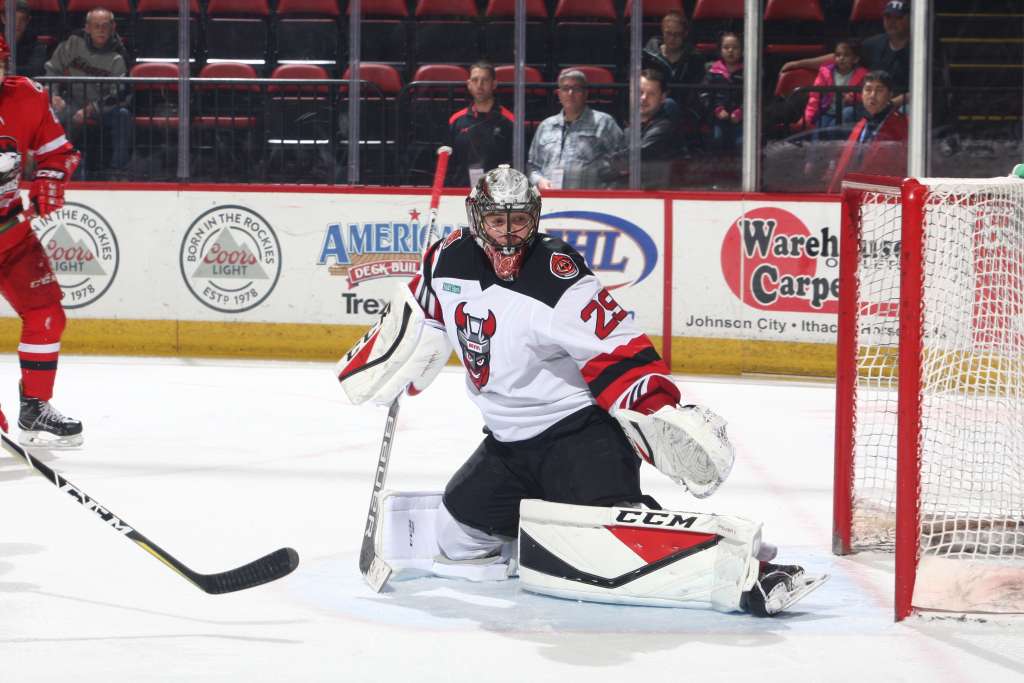 The Devils moved goaltender Keith Kinkaid to make room for Mackenzie Blackwood. In 13 games with the NHL club this season Mack has a 2.37GAA. We’ve seen the talent and potential he has. My opinion Blackwood hasn’t proved that he is the future like some fans think he is. I’m not saying he’s not, I’m just saying it’s going to take more than 13 NHL games to show me something. New Jersey needs to show Blackwood that they believe in his game and that they feel he can be the future.

They’ve taken the right step by trading Kinkaid and calling him up from Binghamton. Hockey is all about superstitions, right? So naturally that means wearing #29 Blackwood is already off to a good start…