Corey Schneider has just secured his first victory since December 27th of 2017. Yes, that’s more than a year without a single win for the Devils #1 goaltender.

The game against the Minnesota Wild started out just as the rest of this season has been going for the Devils, with NJ trailing behind significantly. After a shocking turn of events, the Devils were able to bounce back from a 3-goal deficit and tie the game up by the third period with less than a few minutes on the clock, forcing 3-on-3 overtime. Nico Hischier was ultimately able to put it away for the Devs, in an unbelievable 5-4 upset win over the Wild. However, it’s Corey Schneider whose gaining all the recognition for claiming his first win in a very long time.

Amongst all the trouble the Devils have had this year, none has been as problematic as the goaltending situation. Corey Schneider has been battling an injury sustained at the midway point of last season, and just hasn’t been the leading goaltender the Devils have been used to. To say that Schneider has been in somewhat of a meaningful slump, upon his unsuccessful return from surgery, is nothing short of an understatement. 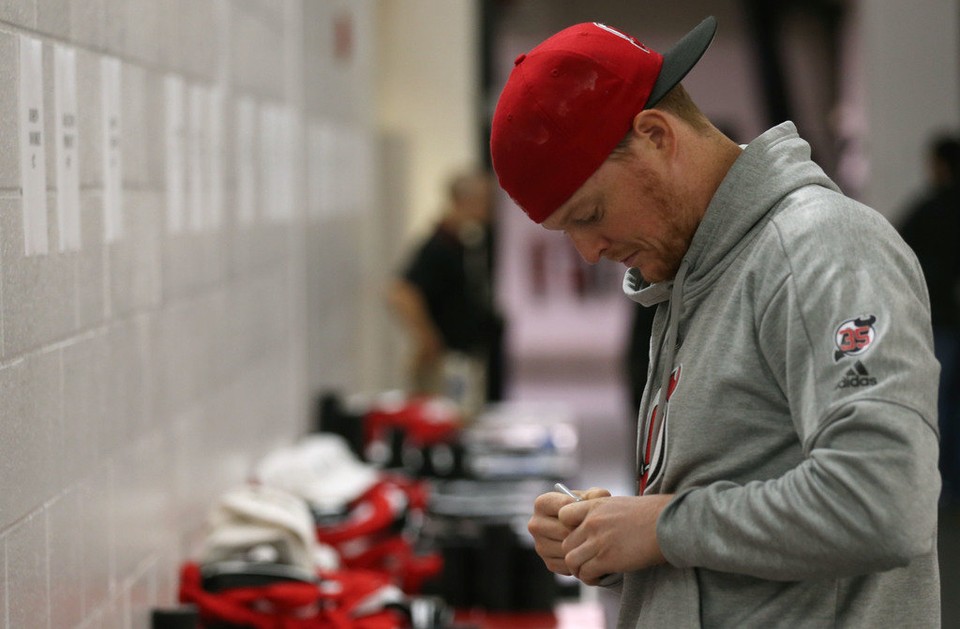 After consistent failed attempts of performing as the goaltender that was needed by the Devils this season, Schneider was sent back to the Binghamton Devils of the AHL, to work on core aspects of his game and rebuild some desperately needed confidence again. While this uncanny victory against the Wild was certainly a step in the right direction for the Devils veteran goaltender, it wasn’t pretty, and could have easily gone in the opposite direction.

It’s also difficult to deny the fact that Corey has gone winless for as long as he has. Schneider’s frustrations were reflected in his comments following the game: “It was nice to see us get rewarded as a group. For anybody who knows me, I’m not overly emotional one way or another. I think everyone else was more excited about it than I was.”