What a season it has been for that young undrafted Knick! No, not that one, the 7-foot 1-inch loveable lanky center out of Vanderbilt.

Let’s rewind the clock back to February 8, 2018, when Jeff Hornacek and his 23-32 team rolled into the then-named Air Canada Center with very little expectation, mourning the recent loss of newly appointed All-Star Kristaps Porzingis, who just 48-hours earlier had tore his ACL (and as it turns out would never don the orange and blue again).

The Knicks lost that game, comfortably, 88-103, but on a night where his parents were in attendance, ‘Bockers fans got their very first taste of the two-way player they never knew they needed in their lives, Luke Kornet. Kornet played 22 minutes that night, being thrown straight into the deep end against a team that was 37-16, looking to cruise into the play-offs via the number one spot in the East. His stat line read: 11 points, 10 boards, 4 (yes… 4!) blocks and 4/9 from the field (as per www.basketball-reference.com).

A double-double on your Knick debut? Lovely stuff. However it wasn’t even the four blocks (yes, you read that right… 4!) that caused fans to re-tune their cable or refresh their online streams. Kornet dropped three 3-pointers that night, from the seven he attempted. A 7-foot 1 inch big man rejecting the ball left, right and center, while also knocking down the three ball at a high rate. That is about as rare as a Unic… nope, I won’t go there. Kentucky-born Kornet, as many know, played all four years of his college career at Vanderbilt. He holds the record as the Commordores’ all-time block leader, while perhaps as equally impressive, the NCAA three point record for players over seven-feet tall. 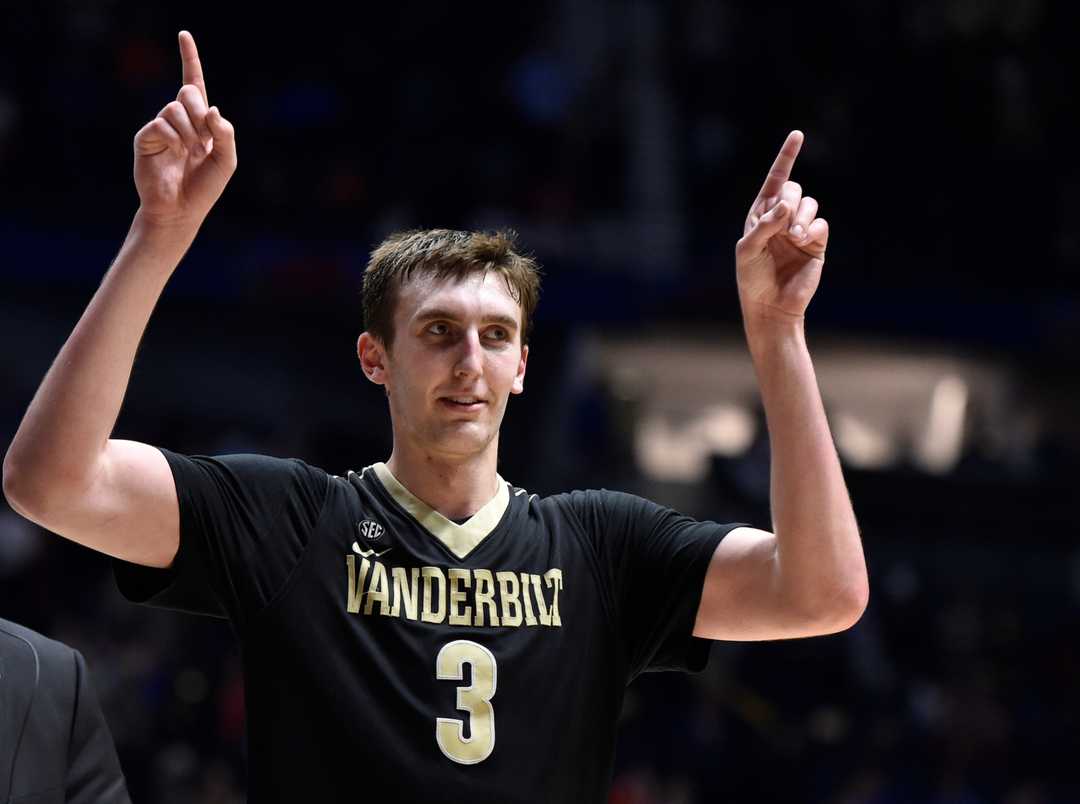 Fast-forward to July 8th, 2018. Luke finished the previous season having started just one game, playing in 21 in total, and averaging 6.7 points, 3.2 rebounds and 1.3 assists, playing roughly 16.3 minutes per game (as per www.basketball-reference.com). To much the surprise of many Knicks fans, Kornet was given a guaranteed one-year contract, rather than the expected two-way deal as per the 2017-18 season.

Kornet was expected to see his minutes increase in the 2018-19 season, even if the fans weren’t so sure. However after 20 games, he had played just under 13 minutes combined, mainly in garbage time, without scoring a single point. With the emergence of high-flying rookie guard Allonzo Trier bursting onto the scene like a superhero in a kids cartoon, the two-way undrafted 23-year-old out of Arizona was bound for a full contract, meaning somebody was about to get waived. A lot of fingers were pointed at the scarcely-used Kornet, who after another small batch of brief outings had still not registered a point this season. However, with reports gathering weight, it was loveable rogue Ron Baker who bit the bullet to make way for Trier. Whether that decision forced Coach Fiz’s hand to play Kornet and prove that he had made the correct decision, Luke was given a season-high 24 minutes against the Charlotte Hornets during the Knicks’ three-game road trip away from the Big Apple. He managed 13 points, which included shooting 3/5 from the three point line.

I’ll admit that so far this article has been more focused on stating the facts rather than sharing an opinion based on facts, but hold on, it’s coming… To this day, Kornet has now started 10 games this season, playing in a total of 26. His points per game however is the only stat that has improved on his game from the 2017/18 season, now standing at round the 7.1 PPG mark. The reason? Simple. It’s no secret the Knicks are in far more disarray than they were last season, but unlike many teams in the NBA, they don’t rely on one person to score the bulk of their points. This had led to players like Kornet bearing the burden of being tasked with scoring, rather than defending when on the court. Nobody is shooting 20+ a night, meaning the points have to come from somewhere else.

Kornet is in fact the Knick with the highest three-point percentage this season (bar only Kadeem Allen, but he’s only played in eight games), with an astounding 43.2% success rate. Comparing that against the top shooters in the NBA this season, Steph Curry is at 44.8%, however with players like Paul George shooting 40.8% and James Harden with 37.5%, it makes Kornet’s success rate even more impressive. Did I mention he’s 7 foot 1 yet? Another stat line, although it may be just a small sample, is that when played for more than half the game (24 minutes), which has happened on six occasions, Kornet is averaging 18 points a game. His four three-pointers in the first quarter against the Wizards in London was even awe-inspiring to the untrained eye, with my girlfriend, who has never watched a game of basketball posing a very startling but valid question during the game.

I had no answer, really.

So if what I say is true, why isn’t Kornet thrashing and splashing (as Walt Frazier would say) his way to a big ‘ol contract in the off-season. Simple. 1) Injuries, 2) *That big trade*. Kornet was balling. He wasn’t perfect, but on the offensive side he was starting to percolate (last Clyde reference, I promise). However he suffered an ankle injury that sidelined him for five games, which in the mean-time saw our other 7 foot bucket-machine throw his toys out the pram, and demand a trade. Kornet returns, but to get minutes at center, he has to force his way past dunk-a-minute fan-favourite, Mitchell Robinson, and the guy with one of, if not the highest field goal percentage in NBA season, multi-time All-Star DeAndre Jordan.

What does the future hold for our masked warrior? Your guess is good as mine. I hope David Fizdale gives the guy minutes, but I feel that he may not be given the significant minutes to truly show what he can do, as mentioned previously. He has shown that given time on the court, he can deliver. Has that gone unnoticed? Only time will tell.