Sunday, February 5th, 2023
THE LATEST
Home Devils The Road Ahead for the Devils

As the Devils exit their bye week and enter the second half of the 2018-2019 season, the focus is leaning more towards education and rebuild.

While the Devils may have broken a 5-year playoff appearance drought last year, it’s not looking likely as a repeat this season for a struggling NJ hockey club. Despite the apparent weaknesses in the current NJ lineup, there are certain aspects of the game that the Devils can strive to work on. 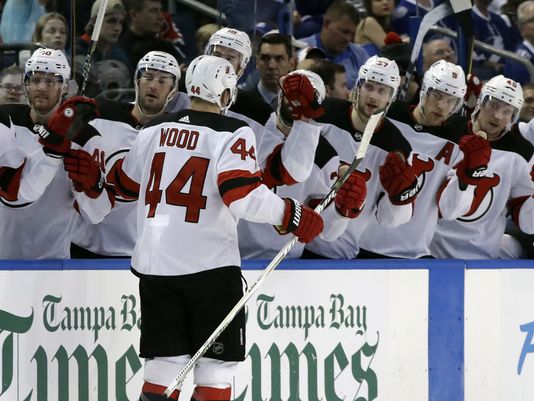 The pace of the game has changed in the NHL, favoring speed and skill over strength and brute force. Long gone are the days of the enforcers and the bone shattering hits of defensive powerhouse players like Scott Stevens and Ken Daneyko. However, the Devils need to learn to become more aggressive and physical again. “We have to be grittier along the wall and with our board play in the corners and along the wall, be grittier and harder at the net-front and with 50-50 puck battles.” Coach Hynes stated in a post-game interview last week. If the Devils can find a happy medium between skill, speed, and strength and step-up their game on aggressive physical play, they would pose as a much more competitive threat in today’s ever evolving game. 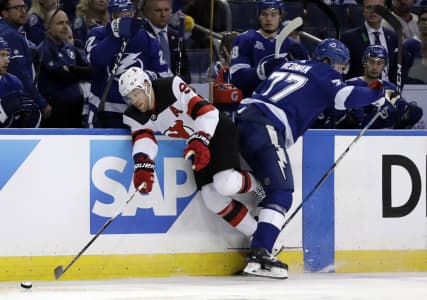 Defensive play goes hand-in-hand with aggressive physical pressure on the puck and the Devils have been lacking a solid Defensive lineup for some time now. As with any sport, defense is just as fundamental to winning as offense. While the Devils may have secured some elite superstar goal scoring talent in recent years, it hasn’t helped them prevent the puck from finding the back of their own net.

The biggest problem with adding to the Devils defensive roster right now is supply and demand. There just isn’t anyone available on the coming free agent list that’s going to boost the Devils performance defensively and the Devils unfortunately also just don’t have anyone that would be worth all that much in any potential trade. While Taylor Hall and Nico Hitcher’s contracts are up for renewal next season, New Jersey management is going to have to make some key decision making and negotiations that will allow future restructuring of the team.

Goaltending issues have been a frustrating let down this season. From Cory Schneider’s unsuccessful return from surgery to inconsistencies in the backup support of Keith Kinkaid’s game. Mackenzie Blackwood has displayed a promising start as an aspiring new NHL goaltender but still has allot to work on in terms of growth and playing at the elite level of the world’s stage. While Corey Schneider has been sent back to the Binghamton Devils of the AHL on a rehab assignment, Devils management should seriously consider the salary disparity of their goaltenders and not only look to renegotiate but possibly look elsewhere for net minding presence. This would be a painful yet necessary executive decision that Devils management will have to face if they want any room to build other key areas of the roster.