Sunday, December 4th, 2022
THE LATEST
Home Knicks After 24: The Knicks at the Quarter Point

The Knicks are fighters and learning to win every night. At the quarter mark, let’s look at some positives.

New York City is a jungle. A huge, overpopulated concrete jungle. You could get lost, but if you’re strong it’s easy to get back on track. No pun intended.

At 8-16, prior to tonight’s contest against Washington Wizard, the Knicks aren’t jumping off antibodies radar. Quite frankly, at 12th in the Eastern Conference, we are exactly where realistic fans and talking heads expected us to be.

All-Star big man Kristaps Porzingis hasn’t played this year and isn’t expected back this season. It’s played a major role in how Head Coach David Fizdale has juggled his lineups. He has been going thru a few of them before finally settling on the combination of Emmanuel Mudiay, Tim Hardaway Jr., Enes Kanter, Mario Hezonja and Noah Vonleh.

But that was after Fizdale trotted out the youngest lineup in Knicks franchise history for 3 games in early November. But the play from our youngsters has been the bright spot in what has been a long season just 24 games in. 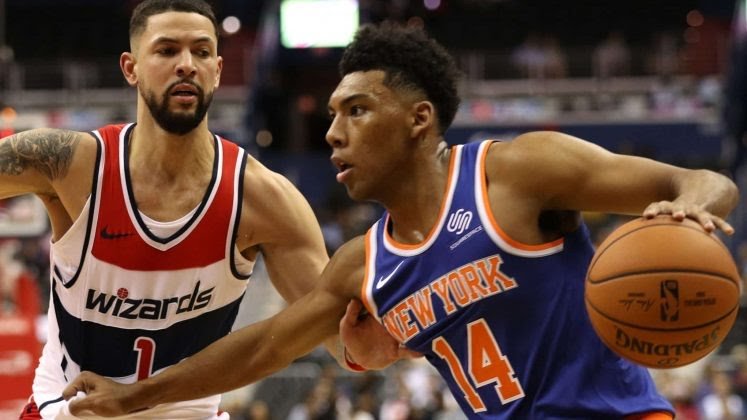 Undrafted rookie Allonzo Trier has continued to make the front office’s decision to send him back down to the G League hard. The 6’5 guard from the University of Arizona averages almost 12 points per on almost 50% shooting from the field.

Our first round pick Kevin Knox is slowly growing into his own and getting his feet underneath him. Especially his career night against Milwaukee. He shot 9 for 20 from the field to help lead the Knicks past the Bucks with 26. 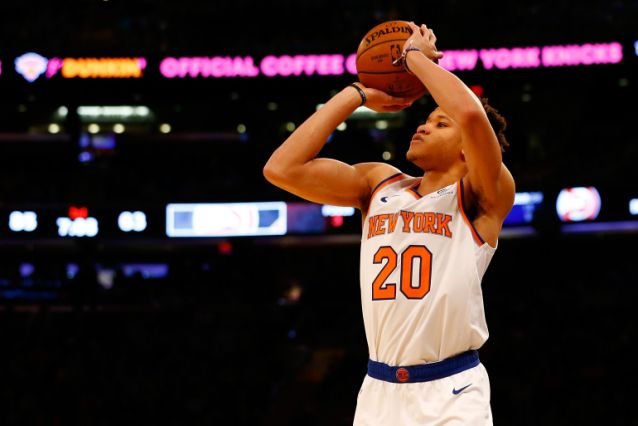 So here at this point, we are stabilizing the ship keeping things steady. But after 24 games, most fans are already thinking off-season. It’s my fair to the guys Coach Fiz sends out there to win these ballgames.

For the first time in a decade, we actually have something to look forward to on Seventh Ave.

Got me thinking playoffs in a few years, but I can’t help but keep hearing Jim Mora in my head saying, ‘playoffs, playoffs’.