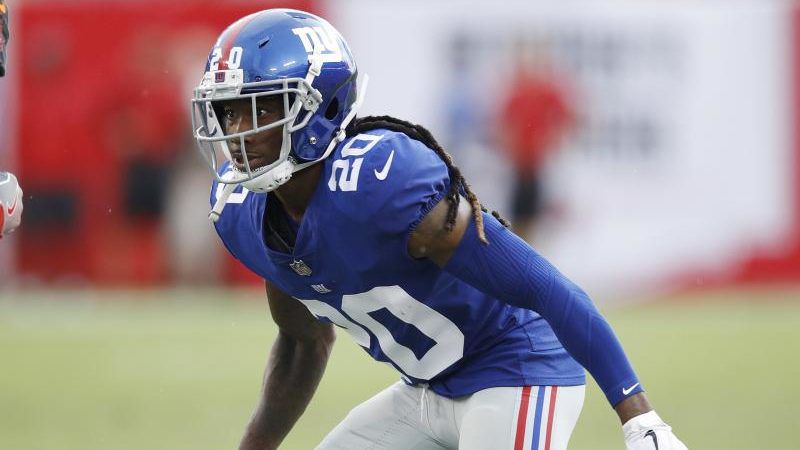 There are a lot of people to blame for the 1-5 start of the Giants. Even though the main problems are the O-line and Eli, another big factor of the Giants slow start is the lack of effort and energy on the defensive side of the ball especially from Janoris Jenkins.

Janoris “Jackrabbit” Jenkins has not been the same player that he was in 2016-2017 season. Jenkins was one of the three Jerry Resse defensive accusations` during the 2016 offseason.  Jenkins signed a 62.5 million dollar contract with 28.80 guaranteed and he also received a 10 million dollar signing bonus. Janoris showed us that he was worth the money in the 2016 season finishing with 3 interceptions and 18 pass deflections. He was able to lock down a receiver he was put up against. In a game versus the Cowboys jackrabbit held Dez Bryant to 1 reception and 9 yards.

Jenkins was suspended from the team in the 2017 season due to violating team rules. Jenkins only played in 9 games in 2017 due to an ankle injury that landed him on IR. Throughout those 8 games, there was a lack of effort from Jenkins. The lack of effort by Jenkins has shown in the first 6 games of this young season. Jenkins is constantly walking around the field and has been beat by WR frequently.

What Can the Giants do with Jenkins?

Dave Gettleman and the New York Football Giants have some very important decisions to make this offseason. I feel that Jenkins has a trade value of a 2nd to 3rd round pick. If the Giants were to trade him for a pick they would also be able to free up cap space. The Giants also have Sam Beal coming off an injury.  The Giants could also sign a DB in free agency. Some possibilities include Buster Skrine, Jason Verret, E.J Gaines, and a few others. The Giants could also cut Jenkins, but they would still owe him all the guaranteed money in his contract.  Personally, I feel that depending on Jenkins’ effort level during the rest of the season will determine his faith. If he plays the same intensity level as he has shown through the last 6 games he will not be a Giant after this 2018 season. I hope that Jenkins can return to his level that he was at during the 2016 season. I predict that he will be traded for a pick during the Draft.

If you were Dave Gettleman what would you do?