The Giants head into Week 6 1-4 ahead of a big game against the division rival Eagles. This a must win game as a 1-5 record is a hole that no team can climb out of. I think the Giants will have to rely heavily on Saquon Barkley and Odell Beckham Jr. to pull off and upset against the reigning Super Bowl champ Eagles. 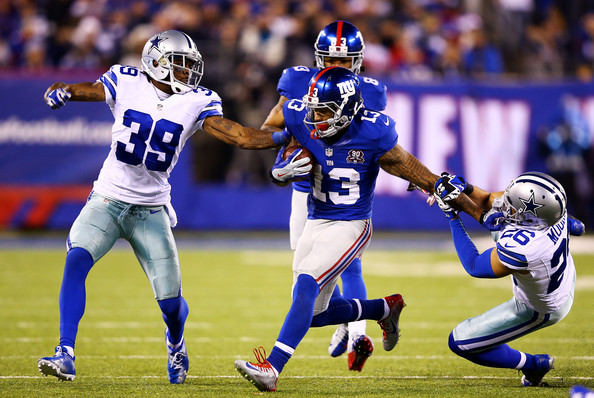 I think Eli Manning will finally start targeting Odell Beckham deep, and against weak Eagles’ corners Sidney Jones and Jalen Mills I think they can be very successful.

Like I said before, I think Eli Manning will be very successful tonight with Odell Beckham against a weak Eagles secondary.

Coming off an ACL tear, Carson Went has not been the MVP candidate we saw last year. But, he is still playing pretty well and can exploit the Giants’ poor pass rush.

Saquon Barkley: 25 touches for 135 scrimmage yards and one TD

5 weeks into his career and it is clear that he is a great player. He has had at least 100 yards from scrimmage every game and has 5 total TDs. However, the Eagles have one of the best defensive fronts in the league and it could be one of his toughest tests yet.

With Jay Ajayi out for the year with a torn ACL, the Eagles will have to turn to young Corey Clement for yards on the ground. I think he will have a good game against a Giants team that could not tackle players like Curtis Samuel and DJ Moore last week against the Panthers.

He is poised to have a big game. He had a big one last week against the Panthers and now he is up against one of the worst CB duos in the league. If he gets more targets I think it is very possible that he can even exceed these numbers.